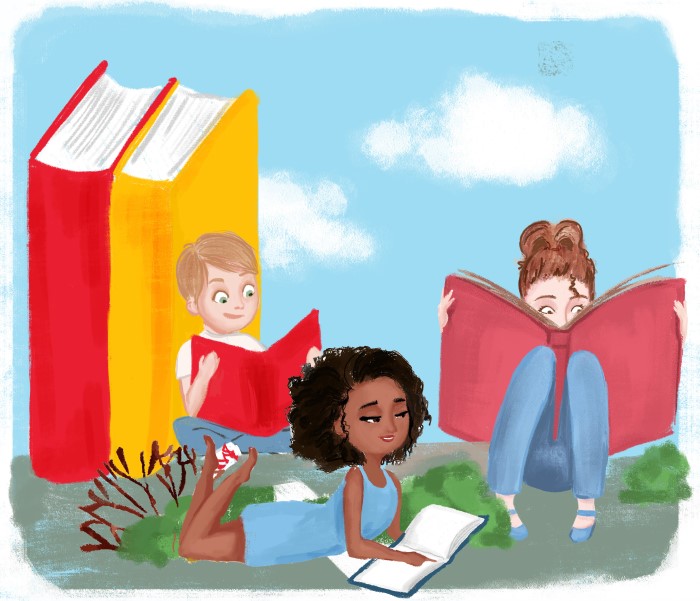 This beautiful book celebrates the power of love, teamwork, and friendship with vibrant artwork, illustrations and story by award winning author Britta Teckentrup.

Roscoe just can’t help break rules while trying to help in the most hilarious ways in this series by award winning author Katherine Applegate (known also for The One and Only Ivan, Wishtree).

Exquisite - The Poetry and Life of Gwendolyn Brooks

A 2021 Coretta Scott King Book Award Illustrator Honor Book A 2021 Robert F. Sibert Informational Honor Book; Gwendolyn Brooks was the first Black per son to win the Pulitzer Prize in 1950. She is known for her poems about love, family, poverty. This book is a picture book biography exploring her life and the beauty of her writing.

Chase Ambrose was a football star with a lot of friends at his school and also the biggest bully. A fall from a roof wipes out Chase’s memory, and he has to restart his life. Upon returning to school, Chase is puzzled by the differences in the way that others treat him. Some are happy to see him while others steer clear of him. Can Chase figure out who he was before?

The Journey of Little Charlie

Along the train lines north of New York City, twelve-year-old neighbors Myla and Peter search for the link between Myla’s necklace and the disappearance of Peter’s brother, Randall.

In her first middle-grade novel since Brown Girl Dreaming, Jacqueline Woodson celebrates the healing that can occur when a group of students share their stories in a safe space, covering topics from deportation to incarceration.

This historical novel was first published in 2007. The story is about a sixth-grade girl named Frannie growing up in the '70s. One day an unexpected new student causes much chaos to the class because he is the only white boy in the whole school.

Inclusive History of the USA

Books on Diversity and Inclusion

These books are merely suggestions from COPC and not an endorsement. Our aim is to foster empathy, and some of the books, as in life, may deal with new or touchy subjects, which in our minds provides the perfect opportunity for family discussions with the developing child in a loving safe environment.

Kids who are bullied can become depressed, develop low self-esteem, avoid school, feel physically ill, and even think about harming themselves.

We recognize that as part of adolescence, our pediatric patients will develop higher levels of critical thinking skills and cognitive abilities during that period of time.

Planning a road trip soon? Now is a good time to brush up on the updated American Association of Pediatrics guidelines regarding car seat safety.

Using the high contrast theme increases the contrast between the background and text allowing for better readability to users with impaired vision or other vision disabilities.

Disabling animations can help reduce the amount of motion on the web page and make the experience better for users with motion sickness sensitivities.

Adjust the font size using the controls below to increase and decrease the text on the page.